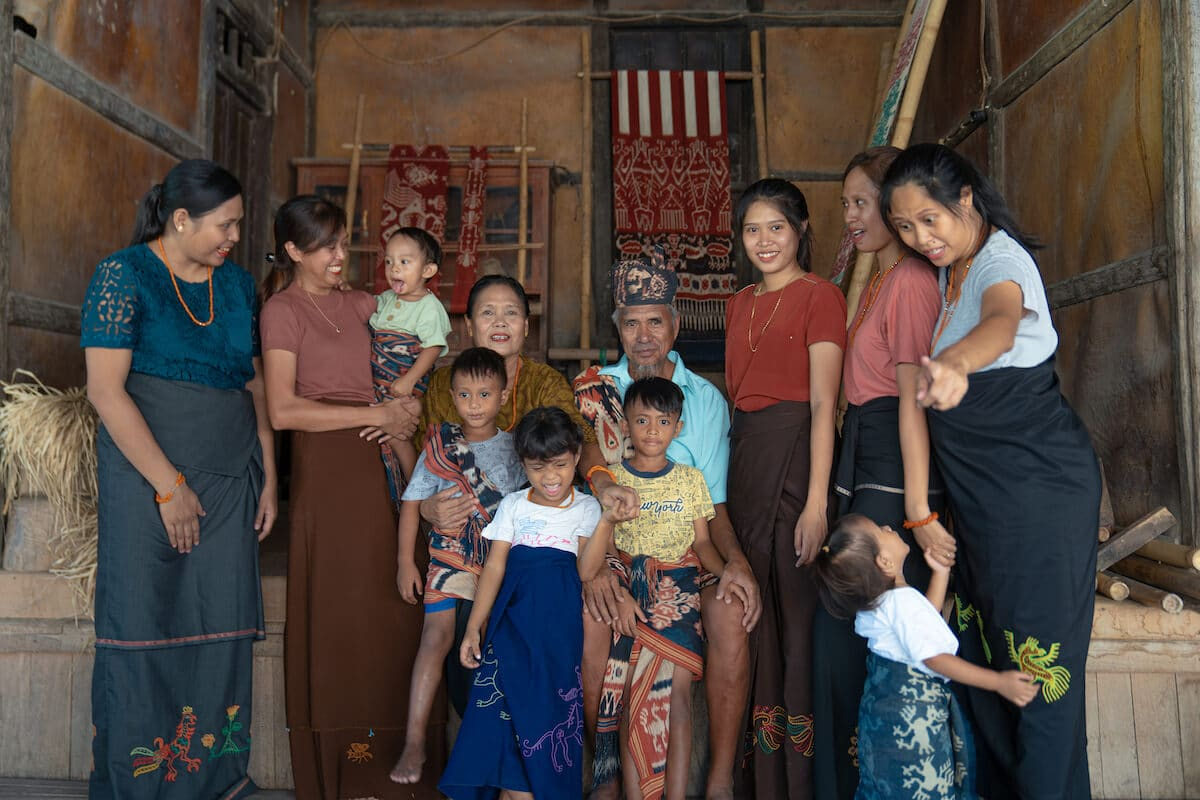 It is with such a heavy heart that I write that we have lost another tradition keeper. Umbu Kanabu Ndaung was a friend, mentor, and colleague for twenty-two years. He and his wife Tamu Rambu Hamu Eti welcomed us countless times into their home for weeks at a time and treated us like family. They shared their Marapu culture and their stories of the tradition and land with openness and more generosity than I could ever have hoped for.

William and I met Umbu in the mid-1990s when we were in Sumba searching for a weaver called Tamu Rambu Hamu Eti, whom a friend of ours in Tenganan recommended as “the best weaver in Sumba”, and who became an important weaver for Threads of Life. Umbu Kanabu Ndaung was Eti’s mild-mannered husband, the to-be-king of Rindi, and young brother of his regent and sister, the formidable Tamu Rambu Yuliana.

After Tamu Rambu Yuliana passed away in 2003, Umbu quietly grew into his role of king and tradition keeper. Umbu was the designated leader of the Ana Mburungu clan of Rindi in East Sumba. He was the guardian of vast clan landholdings and had responsibility for the animals on the land and the small forests that always designate springs. He had natural wisdom about how to care for the land and always sought to do right by the needs of the land and the people who lived on the land. He fenced in cattle when it was still the norm to let cattle roam free, destroying the sensitive topsoil.

Recent Indonesian law required all land to have individual ownership. Umbu resisted this for the clan land so that it could be held in common. The government put roads through the land with large bull dozers, not caring what landscape they destroyed or that the inclines they created were doomed to erosion. Umbu opposed these roads. Umbu stood up to the governor who had given land rights to a business concession without consulting him. Umbu was fair and strong, and also gentle and loving. 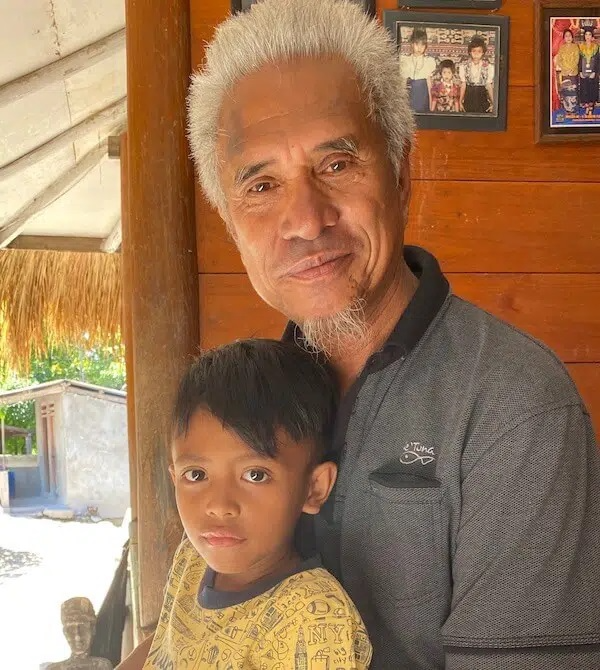 I have many memories of time on Umbu and Eti’s veranda and conversations that stretched into the night. Umbu spoke of his concerns for his community and the continuation of Marapu practices in the village, of who would be his heir since he and Eti have five gorgeous daughters but no son, with all but one daughter married and moved out to other villages. We spoke of how proud he was of his children and how much he loved his grandchildren. We reminisced and laughed about the arduous climb we made together up a mountain in Tubundung, where Eti’s grandmother came from, to examine the state of the Symplocos trees that are so valuable in the red dye process. We laughed about my mispronunciation of Sumbanese words. May some of the work we have done together have benefit for future generations.

Umbu, I will miss you dearly. My heart goes out to Eti and his daughters.